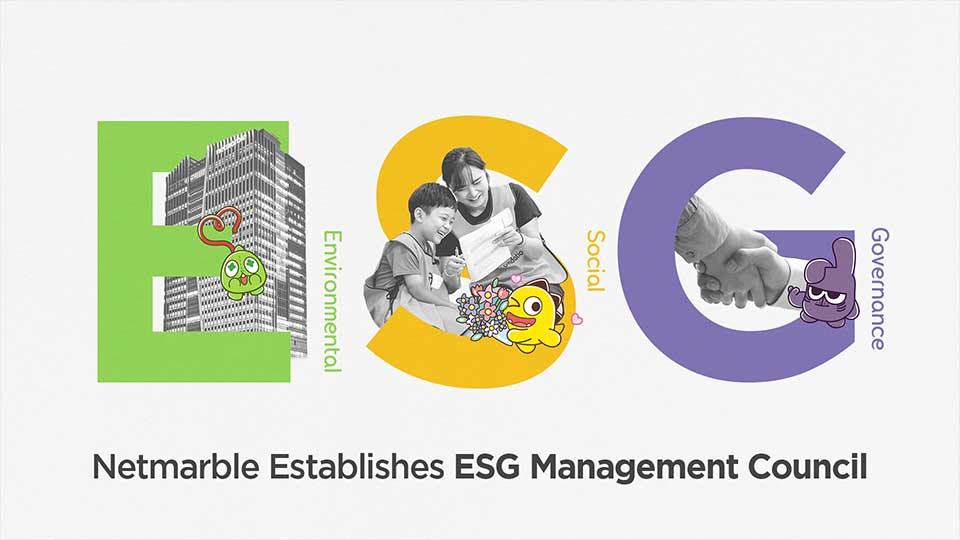 Today, Netmarble announced the creation of a new Environmental, Social and Government (ESG) Management Board to further advance the company’s commitment to sustainable management. The board will act as a control tower for the establishment and deliberation of ESG management while working with various parties – including divisions within Netmarble and the advice of external advisers in various fields of companies, academia and NGOs.

The ESG Management Board will act as a control tower for the implementation and deliberation of ESG management. The governing body of the Board will be comprised of Netmarble CEO Kwon Young-sig as chairman, as well as Netmarble Do Ki-wook CFO and senior vice chairman Kim Sung-cheal.

The ESG Management Office will carry out ESG related activities for the Board, working closely with various parties, including divisions within Netmarble and an external advisory board in various fields of business, academia and NGOs.

Prior to the creation of the Council, Netmarble carried out various efforts for sustainable management.

Netmarble has engaged in various social contributions based on its sincere and constant goal of doing its part for the community since the founding of the company in 2000. The “Netmarble Cultural Foundation” was founded in 2018 to create even greater contributions valuable in a larger framework and more involved way.

The Netmarble Cultural Foundation actively promotes a healthy play culture and social contribution for people with disabilities. Since 2009, the Foundation has organized an annual eFestival for students with disabilities to promote self-confidence and a sense of accomplishment by organizing and awarding esports competitions.

In 2019, Netmarble became the first in the Korean gaming industry to create a parasport team for people with disabilities. The team has since competed in various national and international competitions, realizing Netmarble’s vision to foster and promote sport for athletes with disabilities.

Meanwhile, Netmarble will release its “Netmarble 2021 ESG Report” in the first quarter of this year to share the company’s direction and detailed ESG plans.