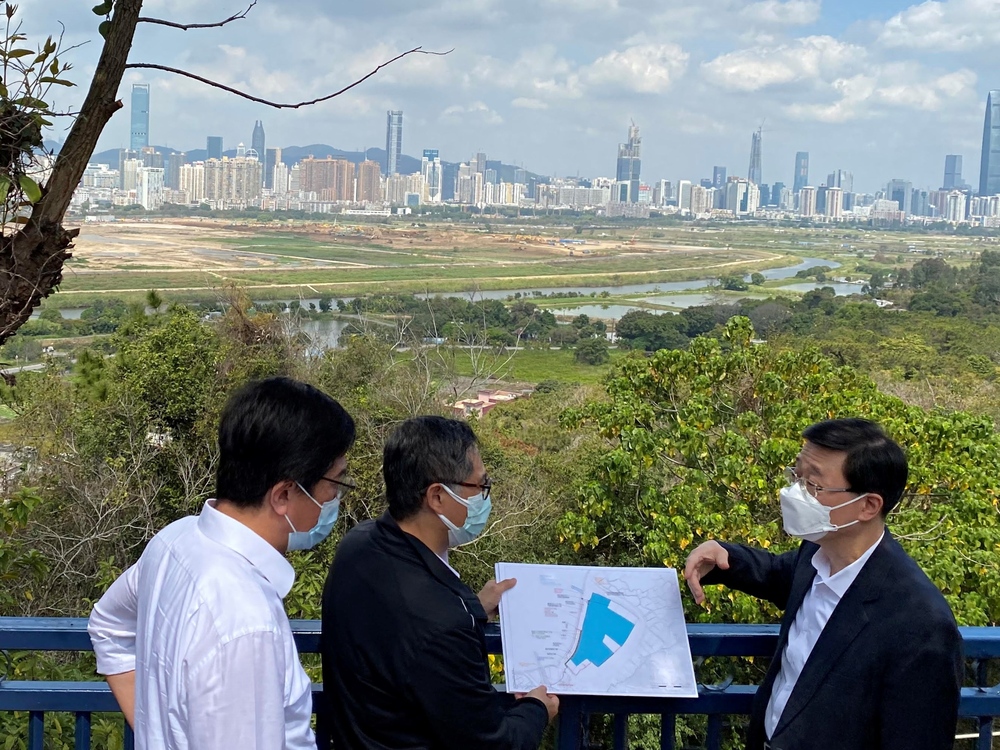 Lee said on his blog on Sunday that in addition to the temporary hospital in Tsing Yi, the community isolation center at the former The Boxes shopping center in Lok Ma Chau will also be completed shortly.

The workers are now setting up cabins on the site. Lee met with representatives from different departments last Thursday to make preparations before the facility receives patients as soon as possible.

He also said that several other projects are in the pipeline with support from Beijing. In total, there will be nine facilities that can provide more than 50,000 beds, significantly increasing the city’s isolation capacity.

Lee added that the Lok Ma Chau Loop project is the biggest and most complex of all. A temporary bridge will be built to connect Shenzhen to the area, allowing workers and transporting supplies to go from one point to another, avoiding delays due to customs clearance.

He has already exercised the power under the emergency order to exempt affected personnel and supplies from legal restrictions.

Additionally, Lee said the government is preparing for mass mandatory testing and is now listening to views from different sectors. The government will come up with a plan based on the situation in Hong Kong and explain the details to the public later.

He stressed that the government will ensure a stable and adequate supply of food and other essentials during the testing period, urging citizens not to panic or believe inaccurate information on social media.

How to Navigate New Disclosures for Government Assistance

Since the start of the COVID-19 pandemic, businesses have received trillions of dollars in government…