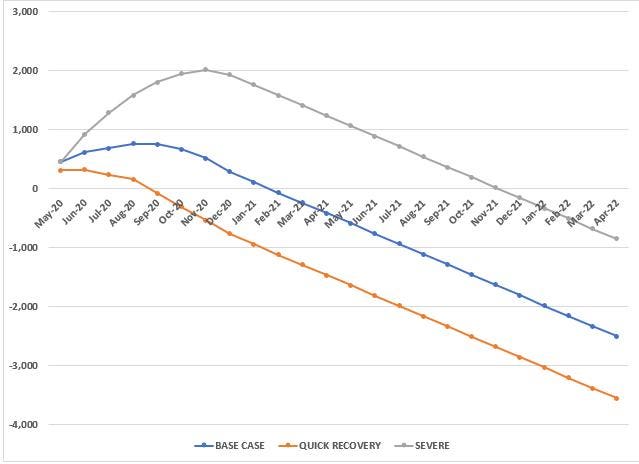 With the fall in oil prices and the filling of reserves, pressure has increased on the government to react. Some have called for an import tariff, the president suggested buying oil for the strategic oil reserve, and it has even been argued that producers could be paid to keep the oil in the ground, in the same way as farmers are sometimes reimbursed for not producing crops when markets are crowded. (Glut being a subjective term.)

Needless to say, support for aid to the oil industry breaks down along political and ideological grounds. The Liberals tend to oppose any help to an industry they do not like; support higher taxes when the industry is making good profits, but no help when they are drowning in red ink. Conservatives vary, with some keen to help a strategically important industry, while others oppose any interference in a (rather) free market.

In a previous article, I cautioned against attempting to manipulate the market as a solution, given the long history of governments failing to understand what “right” prices are. In this post, the problem of timing and micromanagement.

One criticism of Keynesianism has been that government stimulus money is often so delayed that it arrives when most of the recession has passed. This is clearly not the problem in this case; the government (and politicians) reacted quickly, although the stimulus rollout was not without flaws. Smaller oil companies have apparently received help from the Small Business Administration, but that’s relatively minor compared to a $ 15 billion a month drop in revenue due to falling oil prices.

The figure below shows a rough estimate of the potential change in global oil stocks assuming fairly good compliance with the recent OPEC + agreement and various assumptions about demand trends. The “quick and easy” scenarios seem very unlikely, the “base case” is similar to what the IEA published in its last oil market report, and the “severe” case assumes that economies are very slow to move. reopen. It is only in severe cases that world oil stocks increase by more than a billion barrels before they start to decline; the base scenario peaks in August, in just four months.

These are of course only estimates, but if the government (i.e. Congress and administration) spends months fighting for some form of targeted aid to industry, as opposed to loans to small businesses and / or wages, this will likely not come into effect until the market begins to rebalance. The problem is, the oil markets are drag racers and policymakers are somewhere between turtles and glaciers. One story I love is about the British government’s decision in World War I to require pubs to close for two hours in the afternoon, so munitions workers are not tempted to stay away factories. This restriction was only lifted after six decades, possibly because all of the munitions workers had died.

And politicians love micro-management because it allows them to encourage what they see as good behavior and discourage what they don’t like. (Think of the “windfall tax” which took about a year to negotiate and, according to a subsequent report from the Congressional Research Service, “The tax was repealed in 1988 because (1) it was an administrative burden for the Internal Revenue Service (IRS), (2) it was a compliance charge for the petroleum industry, (3) because of low oil prices, the tax generated little or no revenue in 1987 and 1988, and (4) this made the United States more dependent on foreign oil. “Not a great success.

Most economists favor the use of taxes and tax breaks to encourage or discourage private behavior, but many politicians like to micro-manage behavior, rarely successfully. My favorite story (especially because I have a visual aid) is from the Iranian oil crisis. The Carter administration wanted to reduce oil consumption without raising prices. During this, they set building temperature guidelines (remember the president’s fireside chat in a sweater?)

That in itself might sound a little silly, but it gets better. I spent many happy years at the Center for International Studies at MIT, then located at 292 Main Street in Cambridge. It was a converted factory building and its ventilation was extremely poor, which is probably why it passed the inspection and received the emergency building certificate of compliance for the building temperature, shown here below. (From the Department of the Department of Redundancy, no doubt.)

The fact that the internal temperature of the building conforms to the directives of September 13, 1979, says almost nothing about the heating of the building throughout the following winter, let alone its efficiency or not. (Hint: No.) That says a lot about government labor spending in a futile exercise. Perhaps the inspectors would have been better off running on giant hamster wheels to generate power (although I didn’t do the math.)

The story gets better when you ask your humble narrator how he came to be in possession of such a certificate. Indeed, the certificate was displayed prominently in the lobby of the building next to the elevators. Since twenty years, until the day when, to paint the walls, workers removed it and left it leaning against a balustrade, from which some never fled with it. Yes, no one at MIT thought about pulling a certificate relating to a six-month oil crisis for two decades, and it might still be there if I hadn’t stolen it (okay, the building was recently demolished).

So while I have no particular objection to some oil companies receiving government assistance in the current crisis, I also have great concerns that market intervention will prove to be as ineffective as the many programs. aid to agriculture over the years, leaving us caverns full of oil rather than the Reagan administration found itself burdened with caverns full of surplus cheese. Oh wait, too late.