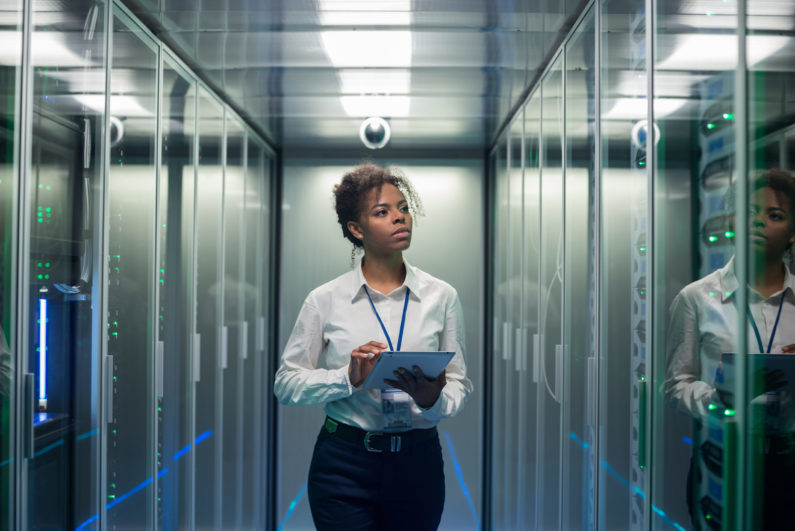 As the world emerges from two years under the shadow of the COVID pandemic, there is an understandable desire to return to a past that is now long gone. Now is the time to prepare plans for a transition year, with all of its complexities.

Planning is going to be more difficult as we separate the aberrations from the changes that will endure and shape the government sector in the future. Here are five key trends in how the use of data is changing the nature of government.

The elephant in the room: financial accountability and transparency

Government spending programs are expected to come under public scrutiny in 2022. Public sector executives need to be prepared to answer some career defining questions about probity and public accountability.

In the past two years, unprecedented amounts have been spent on COVID stimulus measures. Of course, Australia is not alone. Globally, approximately $ 8 trillion has been spent on such measures.

In 2022, governments will face the budgetary consequences of such high spending levels while desperately trying to avoid slipping into recession or increasing inflation. Although further stimulus measures are still likely in the coming year, the community is becoming very suspicious of probity and value for money.

In Australia, there is a significant overlay of complexity, given a string of revelations about the inappropriate use of government grants and other financial support programs. The Australian National Audit Office, as well as state anti-corruption bodies are already on the case.

In a federal election year, the level of control is expected to increase, especially with a federal ICAC likely to become an election issue. In this context, it would be naive for government officials to enter 2022 without a documentary trail capable of withstanding scrutiny.

Of course, focusing only on not getting caught would be a cynical approach to public administration. Notable breaches of government probity have left a lasting mark on the reputation of the public sector as a whole. The long-term challenge will not only be to deliver programs that meet the highest standards, but also to be seen by the community as offering programs. This will require increased data analysis, policy design and record keeping.

The community is ready for a more sophisticated discussion of the data. Leadership in health policy during the pandemic has been a remarkable achievement.

In the past, it would have been unimaginable that daily statistics briefings would become a must-see for much of the population. These daily updates gave credibility to state / territory leaders as they took on the enormous challenge of guiding their communities through some of the most extreme limitations on personal freedoms.

The community now has a much clearer understanding of what solid data analysis looks like, and they are more skeptical of general unsubstantiated claims.

There is a conundrum often posed to novice policymakers when they begin to learn their trade. “Is the work about data-driven policy or data-driven policy?” Of course, there is no right answer to the question, but it underscores the minefield that a government policy maker must pass through. They must be able to do both: advise their minister on the reality of the data search, and also scramble to find data that supports a government’s political position.

The underlying policy manager challenge has not changed, but there is now a lot more pressure to undertake solid data analysis. The stakes are higher just to stay in the game.

Analysis is meaningless without credible communication

Of course, it is not enough to undertake a good analysis. Data must be skillfully communicated. The past two years have seen the rise of the celebrity data analyst within media companies. These people are adept at obtaining data from a variety of sources, not just government, and presenting their analysis in a compelling manner. Today, celebrity data analysts are already used to call up election results, provide strategic health advice, and explain changes in the economy.

In contrast, social media has become a widely used forum for discussion without facts and where conspiracy theories have flourished. Social media influencers now have significant personal following. Their successful business model ensures a long-term position in the national discourse.

In the past, declarations were the responsibility of government, and a minister could expect to exercise considerable influence when announcing a political position. However, the government’s position is now analyzed and alternative positions proposed in an active virtual market. In the future, the government sector must become an active participant in the data market.

It is no longer enough for the government to be a “retailer” of information. The government must also be a “wholesaler,” providing easily communicated data that others can dissect, review and provide.

It’s no longer enough to passively share data through a previous generation of open data initiatives. It is less about controlling the message today than it is about influencing the direction of speech over time. It requires a level of analytical sophistication in the data marketplace that rivals or beats other sources of information.

Data governance must be better suited to its purpose

Over the past two years, Australian governments have made significant strides in data governance. Agency-wide data strategies are now common, with knowledgeable senior executives appointed to lead and coordinate the use of data. However, these are still the early days. Some agencies report a lack of clarity in the practicalities of the role, or a lack of concerted commitment to implement the strategy.

Governance is crucial to maintain confidence in the definition and use of data. This work is an important basis for future discussions on privacy and policy proposals for linking disparate datasets. The government has no shortage of available data, and this valuable resource is underutilized to provide new policy perspectives. Other governments, like New Zealand, are already using their data holdings more systematically to guide their policies.

However, in Australia, key data sets are locked by a complex web of legislative and procedural prohibitions. Opening these datasets will be difficult unless the government can convince a skeptical population that its governance arrangements are fit for purpose, especially given high-profile political and governance failures such as Robodebt.

Some existing data tools should be eliminated

Omdia’s research has continued to show that government agencies generally have a sufficient number of data analysis tools, but not all of these tools are up to the task. The coming year would be an opportune time to eliminate some of the existing analytical tools and undertake the targeted purchase of more contemporary tools to fill in the gaps.
More importantly, it’s time to retire from many spreadsheet-based systems. Spreadsheets are attractively simple to use, but they generally lack procedural integrity and are a frequent source of errors. It’s no surprise that spreadsheets regularly appear in unfavorable audit reports and anti-corruption investigations.

Analysis tools have evolved a lot in recent years. There are also a growing number of industry specific solutions that provide an integrated set of standard tools and processes. For example, the analysis company SAS, provides a Financial Transparency Module, specially designed to monitor the effectiveness of government grants and other funding programs.

Built on top of their standard analysis platform, this module provides a verifiable solution to manage program effectiveness, undertake scenario testing, and report program results. By using a standard evaluation tool between programs, it is possible to make comparisons and test the veracity of the claimed success.

The data genius is out of the bottle and there’s no way to put it back. The exit from COVID will be a complicated time, but it will also be a time of opportunities if we choose to seize them.

Through innovative software and services, SAS empowers and inspires agencies and departments to turn data into intelligence. To download “Transformational decision”EBook learning to trust your decisions will promote operational efficiency, support fairness and improve citizen outcomes by taking a different approach to decision making.

The public sector relies on MSPs for IT and security services 

Public sector turns to MSPs for IT and security services