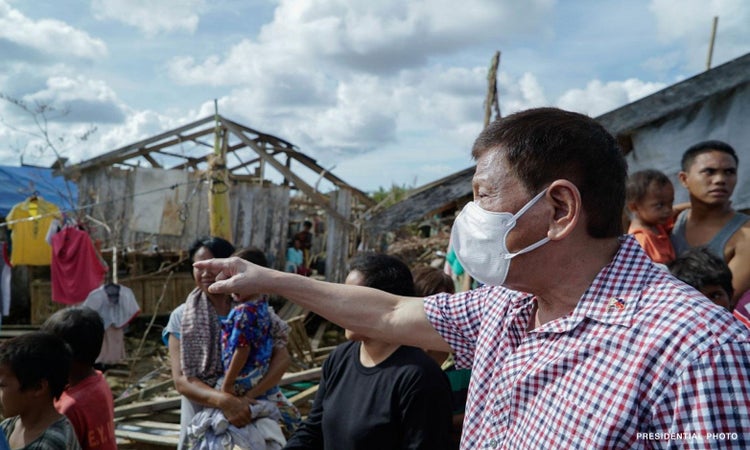 Metro Manila (CNN Philippines, January 5) –President Rodrigo Duterte has said he will revisit areas hard hit by Typhoon Odette later this month to verify whether government agencies have followed his orders for relief and rehabilitation.

“Gusto ko tignan what was the state of play of our government intervention there. Bibistahin ko lahat ‘yan ulit, maybe the second or third quarter of January,” he said during his recorded speech regularly broadcast Wednesday.

[Translation: I want to see the progress of the government intervention there. I will go there again maybe in the second of third quarter of January.]

The president visited the areas stricken by Odette a few days after the destructive typhoon struck the center and south of the country in mid-December. He distributed goods and gave orders to officials on how to help affected residents.

Undersecretary of Civil Defense Administrator Ricardo Jalad assured that they would maintain relief operations and the implementation of shelter assistance even weeks after Typhoon Odette onslaught. He said they are currently in the process of assessing and validating the damage, loss and needs of residents; development of the recovery framework; analyze financing options; and drafting of the implementation plan.

The official said he would present the draft full report on the rehabilitation and recovery plan to Duterte and the National Council for Disaster Risk Reduction and Management by February 18.

Home Secretary Eduardo Año said 4.85 billion pesos had been released to local government units severely affected by the typhoon and should be distributed to families on Wednesday.

Duterte, who previously worried about finding the funds after allegations of budget exhaustion, gave advice to the president who will succeed him on June 30.

“This will be my advice to anyone who listens, sino ang manalo: Dapat may pondo ka talaga. Cold cash, money na direkta mabigay sa kanila,” he said.

[Translation: That will be my advice to whoever is listening, to who will win: You should have the funds. Cold cash that you can distribute right away.]

The government reported 407 dead and 1,147 injured from the typhoon, while 78 are still missing.

The NDRRMC assessed the damage caused by the devastating typhoon to infrastructure and agriculture at 17.07 billion pesos and more than 7.68 billion pesos, respectively.

He also reported that Typhoon Odette destroyed more than 598,000 homes in 10 regions of the country.